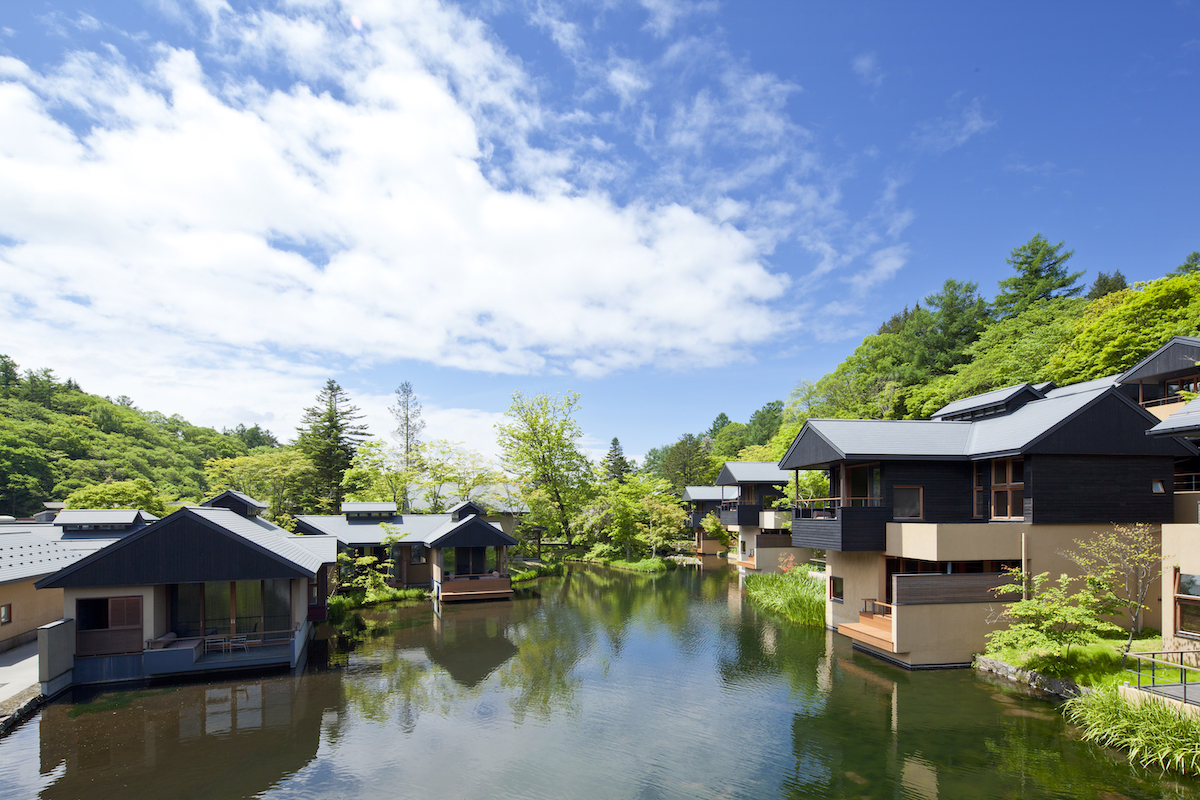 Thanks to its hosting of this year’s Rugby World Cup and next year’s Olympics, Japan is a major on-trend destination for 2019. This is evident in new flight routes being introduced by airlines, including British Airways who started flying direct to Osaka in March. And so it was in the “kitchen of Japan” that I began my sensory journey.

Osaka is Japan’s foodie capital – namely home to its street food. Netflix have just released a new series on the world’s street food destinations (one of the episodes is on Osaka) and the BBC has recorded its own show there with Paul Hollywood. The BBC filmed their episode with a local, very experienced guide – Ayako Kiyono. I met with Aya thanks to InsideJapanTours.com and was able to explore discover the tastes of Dotonbori, a foodie-lover’s street which sees around 10,000 people pass through it per day.

Among Osaka’s culinary delights is gyoza, which was brought over to Japan from China by soldiers; takoyaki, octopus-filled balls which used to be made with beef until the 1930s when beef became too expensive; okonomiyaki is a popular dish unique to Osakans that was invented at a tea ceremony 400 years ago; and kushikatsu skewers, which come in a wide range of deep fried varieties and were originally invented for the workers and remain cheap to this day, working out to roughly 80-90p per skewer!

Kyoto is an authentic capture of the country’s culture and history; it used to be Japan’s capital from 794 to 1868 and was formerly known as Heian-kyo.

The Golden Pavilion (Kinkaku-ji) of Kyoto is a must. The gold leafed Buddhist temple is breathtaking in its beauty, dazzling visitors from all over the world. The Fushimi Inari Shrine is popular with tourists thanks to its series of red gates, while the Arashiyama Bamboo Forest offers several pathways for tourists to immerse themselves in. Gion, too, is not to be missed as it’s the home of the geisha!

The highlight, however, is Ryoan-ji Temple – home to Japan’s most famous Zen Garden. It is the perfect place to capture the delicate aromas of the cherry blossom in season.

Tokyo has a solid reputation for its luxury. In fact it has the world’s most Michelin-starred restaurants with a total of 230 venues.

The Capitol is a resplendent venue with charming views of the Imperial Palace. The interior is pleasing on the eye too as it has been designed by Kengo Kuma (the man responsible for building the Olympic stadium for 2020) and a series of restaurants, one of which – Origami – is where Shinzo Abe (Japan’s Prime Minister) goes for his lunch.

Speaking of the Imperial Palace, you can’t get much closer than Palace Hotel Tokyo. One of the finest in Tokyo, this 5-star hotel is opposite the Palace gardens. The views from the 278 rooms and 12 suites of this towering skyscraper are not to be missed, while among its 10 restaurants and bars is the jewel in the crown – Wadakura. This amazing restaurant features kaiseki, which is a traditional multi-course dining experience that’s both delicious and stunning in aesthetic.

Palace Hotel Tokyo also features an alluring Evian spa, it’s very own tempting pastry shop, a number of high-end function spaces and its own direct access to an underground haven of shops, restaurants and bars which leads directly to the subway. Plus, as a special treat for tourists in the lead up to 2020, the hotel is now arranging bespoke cycling, running and kayaking tours, as well as private swimming lessons with a former Olympian. A must in terms of memorable experiences and an originally brilliant way to the see the city.

Should you need a guide to help you see the sights of Tokyo then contact trueluxury.travel who can help arrange an expert to show you around Shinjuku, Harajuku, Shibuya, Roppongi, Ginza, Akihabara, Daikanyama and much more.

Should you care instead to laze the day away in a club lounge with a glass of champagne and exceptional views, then consider The Prince Park Tower hotel. Directly opposite Tokyo Tower, it offers sensational city landscapes.

Get off the beaten track by escaping to a rather unseen part of the country just 90 minutes away from Tokyo on the Shinkansen; the National Tourism Organization can arrange your pass if you’re not hiring a car.

Karuizawa in Nagano is a peaceful mountain resort where Tokyo’s city-dwellers have their holiday homes. Karuizawa Prince Hotel East is an excellent choice if you’re into skiing (they have their own slopes) and somewhere that offers privacy. Hear the sizzle from the teppanyaki grill at dinner cooked by an excellent chef and hear the silence when relaxing in the onsen on the roof.

Hoshinoya, meanwhile, is a beautiful luxury resort village that offers a glimpse into a Japan of the past. This eco-friendly resort in the Hoshino region makes the most of its rich natural environment, which captivates all of the senses – particularly the sounds. Its power is provided hydroelectricity and geothermal energy from the rivers and hot springs.

This resort shares its surroundings with Picchio, an incredibly passionate and award-winning team totally dedicated in caring for the surrounding area and the animals that inhabit it. Their nature tours include joining the team in their bear conservation work and sneaking a peek at giant flying squirrels.

The Wildlife Research Centre is located by one of four national wild bird forest in Japan, which makes for a beautifully natural soundtrack. They provide opportunities for families and visitors to enjoy and appreciate the rich and idyllic natural environment of Japan, which many Western tourists don’t get to explore.