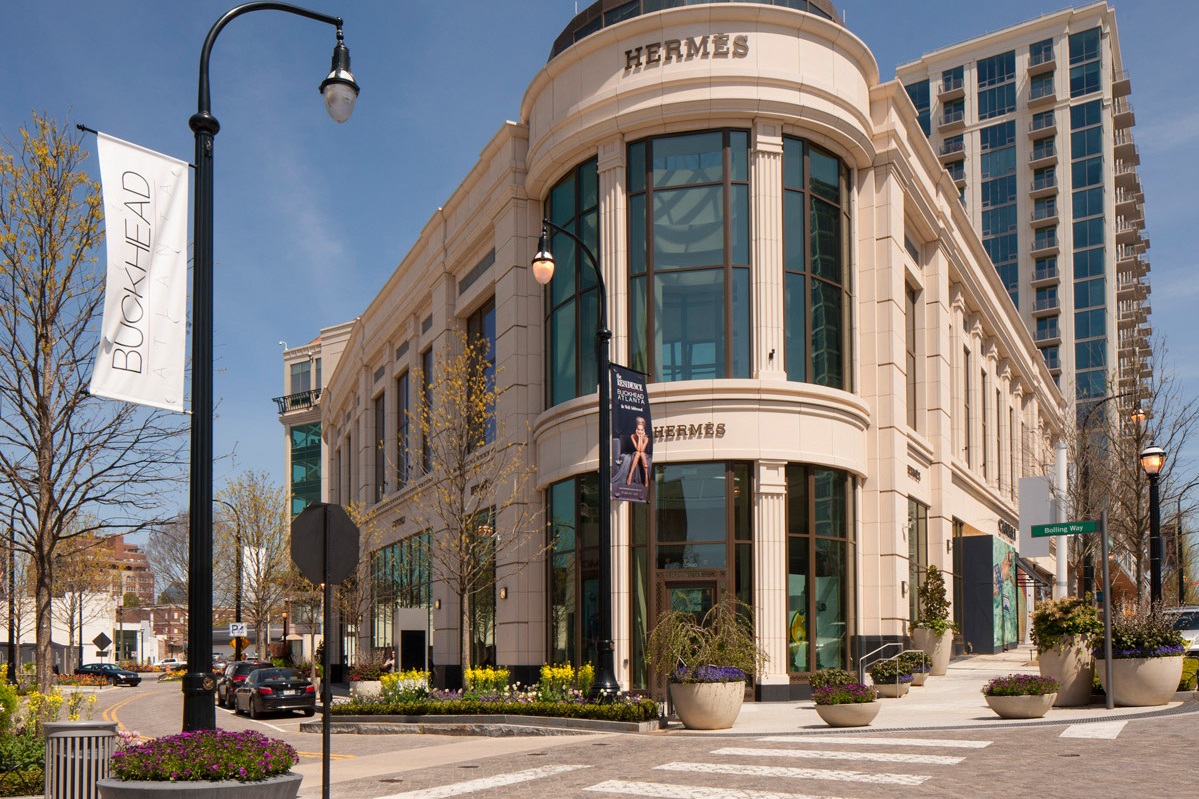 There’s no better city in the South to experience the finer things in life than Atlanta. Whether you’re looking for Old Southern charm or the luxuries of the modern world, this dynamic capital city is sure to delight you.

Below, we’ll take a look at some of the most deluxe places to stay, eat, and visit on a tour through the capital of the New South. Founded in 1979, Bone’s Restaurant at 3130 Piedmont Road has swiftly become one of the highest-reviewed steakhouses in America. There’s no better place to indulge in a succulent steak or a lovely lamb chop than at this Zagat award-winning restaurant.

In addition to the meat, Bone’s cooks up many highly-reviewed seafood dishes every day, including a Maine lobster, wild-caught salmon, and scallops. Guests will also find plenty of local Southern fare on Bone’s menu, including corn pudding, grit fritters, and collard greens. Be sure to save some room for Bone’s famed pecan pie with ice cream! Looking for a fine dining experience with a jaw-dropping view? If so, then look no further than Nikolai’s Roof. Located on the Hilton Atlanta’s 30th floor, Nikolai’s Roof has an exquisite view of the Atlanta skyline along with one of the most highly reviewed menus and wine lists in the Peach State.

Awarded the prestigious AAA Four-Diamond award almost 30 years in a row, Nikolai’s Roof has seasonal and nightly special menus, so every visit is a delightful surprise. Without a doubt, a dinner at Nikolai’s Roof is one Atlanta experience you won’t soon forget.

See a show at the Fox Theatre The ornate Fox Theatre is the center for Atlanta’s professional performing arts. Whether you want to see live music, comedy, drama, or dance, you should find at least one show on the Fox Theatre’s calendar that suits your preferences. If you don’t feel like taking in a show, at least book a tour of the Fox Theatre to learn more about this legendary space’s long history. There’s no better place in Atlanta for high-profile entertainment than in the Fox Theatre. Atlanta is a luxury shopper’s paradise. There are thousands of stores throughout the city ranging from high-end brands to charming antique shops.

One of the best places to “shop till you drop” is The Shops Buckhead in Buckhead Village. For those who aren’t aware, the Buckhead area of Atlanta is one of the most affluent in the entire city. As you walk around this elegant shopping center, you’ll get a sense for Buckhead’s affluence with name brands like Dior, L’Occitane, and Tom Ford. There are also plenty of great places to eat in The Shops Buckhead such as The Southern Gentleman, American Cut, and Doraku Sushi. You’ll certainly satisfy your shopping fix on a stroll through the dozens of shops in Buckhead.

While these are some of these most luxurious and timeless locations in Atlanta, honestly, this is only the beginning. With new fortune 500’s moving in all the time Atlanta will only grow in the eyes of in-the-know luxury travelers. If you’re one of the many falling in love with A-Town the time to visit is now, and after you realize this is the place for you we’ll totally understand. And don’t worry, we have you covered on moving to Atlanta as well.