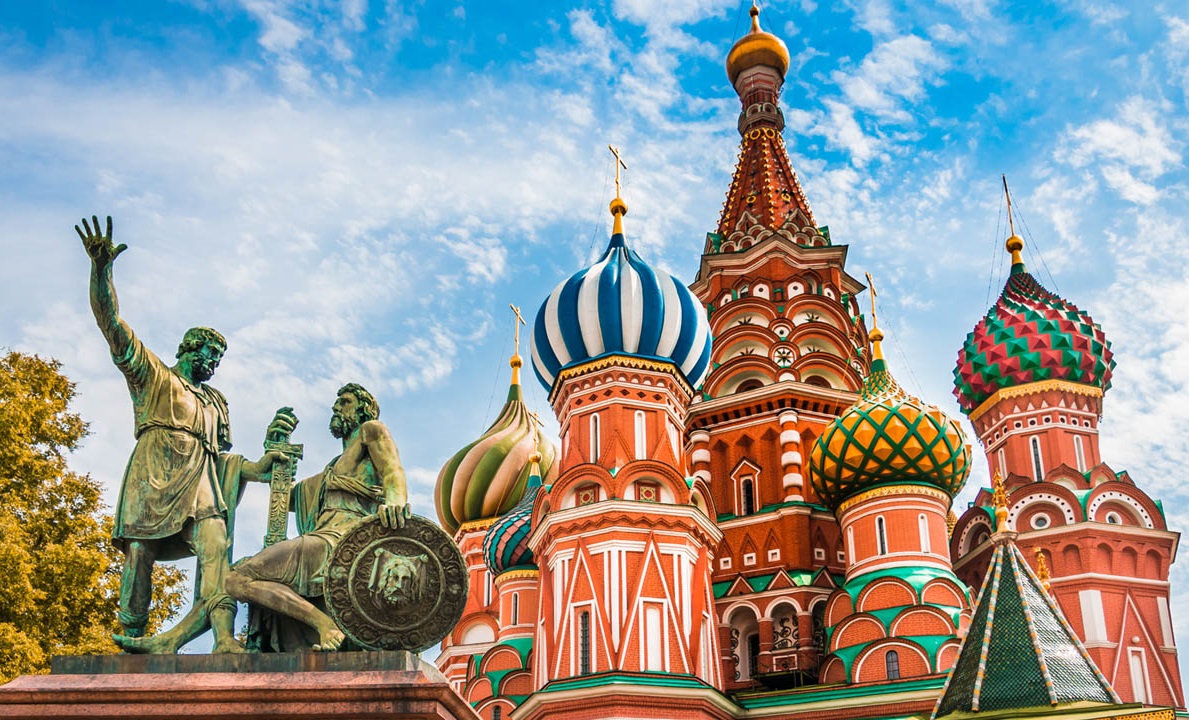 Russia is a magnificent country with a large number of tourist attractions and interesting locations. It‘s definitely a gemstone when it comes to various travel offers in the world, and you can see unique things that do not exist anywhere else. That’s the main reason for the popularity and why it is one of the top tourist destinations. Let’s discover the 5 most interesting things to do and discover in Russia.

Sometime in the past, it was not easy to visit Russia because of the political system and tensions with the West. However, the situation drastically changed in the 90’s so it is quite the opposite now. Just a few-hours flight from Paris, it definitely worth a visit.

To explore the beauties and unique places in Russia, you need a tourist visa. It is pretty easy to get, and millions of tourists from all over are applying on a yearly basis. The application is simple: you need a valid passport, an invitation letter, two portrait pictures and fill the dedicated application form. I recommend to visit Visa Express to get your Russian visa, they also provide Russian invitation letter service: https://visaexpress.com/russian-invitation-letter/ .

One of the most iconic sights in all of Russia, Moscow’s Kremlin is a massive fortress sitting along the banks of the Moskva River. It serves today as the official residence of the president of the Russian Federation. In the past, it was the seat of the Russian Grand Dukes, then the residence of the Romanov tsars and later home to Soviet leaders like Lenin and Stalin.

Despite that, much of the complex is open to the public on a daily basis, including the bell tower, several cathedrals, the Patriarch’s Palace and the famous Armoury.

2. Do A Selfie On The Red Square

Red Square is the central square in Moscow, sitting just northeast of the famous Kremlin. Once a marketplace, over the years it has been the sight of public ceremonies and proclamations, the occasional coronation and during Soviet times, military parades.

Together with the Kremlin, it was named a UNESCO World Heritage Site in 1990. One of the first sites in the Soviet Union to receive such designation! Today Red Square also serves as a major concert venue, with Paul McCartney, the Red Hot Chili Peppers and Shakira, among stars who have performed in recent years.

3. Enjoy A Dinner At Café Pushkin

For many of Russia’s social elite, Café Pushkin is the place to go. Designed to recreate the feel of a 19th century aristocrat’s house, the restaurant has become one of the most popular in Moscow, thanks to the quality of its food, the impeccable service and excellent vodka selection.

The atmosphere of pre-Revolution Russia is delightfully charming, from the flowery script of the menu to aristocratic country house décor. Pushkin is the ideal destination if you want to be treated like Russian nobility and dine like a Tsar – but book ahead!

4. Have A Tour At Saint Petersburg

The second largest city in Russia, St. Petersburg is the country’s cultural heart. There, you can view splendid architectural gems like the Winter Palace and the Kazan Cathedral. You can also give yourself plenty of time to browse the world-renowned art collection of the Hermitage.

Sprawling across the Neva River delta, St. Petersburg offers enough art, nightlife, fine dining and cultural destinations for many repeat visits. A 3-day tour in the city is an excellent to discover all its aspects.

Sprawled along the shores of the Black Sea lies the jewel of the Russian Riviera, Sochi. Bought to the limelight as the fantastic host of the 2014 Winter Olympic and Paralympic Games, Sochi has set itself up to become a ‘must see’ city for tourists.

The Winter Games coverage focused on the snow capped mountains and huge modern stadiums, however, Sochi is far more than just a winter playground. The city has over 140km of rugged coastline, smattered with manmade sandy beaches and palm trees.

Russia also has many natural gemstones, such as some of the largest lakes and chains of mountains in the world. The 5 things I am highlighting here are just the top of the iceberg ; going there you can expect a remarkable travel experience in a unique and incomparable country.