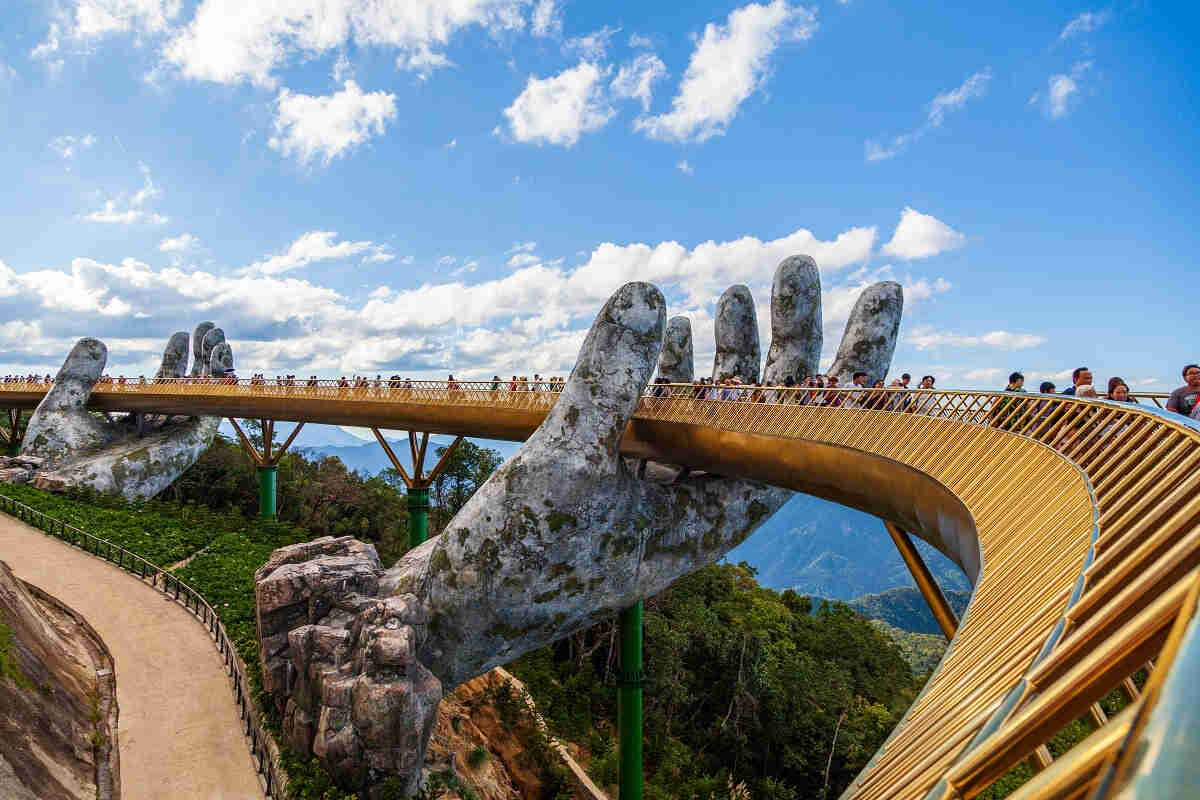 Life can get complicated at times. If there is something that can help you get rid of the stress, then it’s definitely a few good days of travel and exploration. Traveling helps us in really unexpected ways. Relief from stress and anxiety is one of the major benefits of traveling. If you are planning to visit somewhere this year, we have the best place for you. Why don’t you try visiting Vietnam?

If there is something that the entire world knows Vietnam for, then it is the Golden Hands and the Vietnamese staple called Pho. However, that is not the only thing that the country has to offer to the visitors.

With amazing beaches and islands, cities, mountains, rainforests… There is nothing that the country does not have. It is a treat for nature lovers. If you are looking for the things to do in the country, we have the best deals for you.

From enjoying the street food and hiking the Cat Ba Island to visiting the churches and trying the famous Vietnamese coffee, there are so many things to do in Vietnam.

If, in case you are looking to explore the underrated and less crowded parts of the land that are equally mesmerizing, then you have found the right place. Here are the best five things that you can discover in Vietnam:

If you love to travel and explore caves, visiting Hang Son Doong is something that you are definitely going to love. Discovered in the year 1991, it is the largest cave in the world.

It is located in the Phong Nha-Kẻ Bàng National Park, situated in the jungle that is under the province named Quang Binh. The massive scale of the cave is something that leaves the visitors astonished.

After the ceiling collapsed and light started to get inside the structure, the cave became a home to a massive ecosystem with trees that were taller than you could imagine.

The cave has been made open to the public since 2013. Discover the dolines and the rainforests underground and stay amazed.

One of the most famous places in Vietnam is the Son Tra peninsula. This peninsula overlooks the East Sea and the Bay of Da Nang.

If you are a nature lover, then you are going to love it. The place is famous for being a natural reserve. However, apart from the picturesque view of the bay, if there is something that the Son Tra is famous for, then it has to be the red-shanked langurs.

The American troops had named the place “monkey mountain” after discovering the massive number of langurs on the peninsula. With more than a thousand red-shanked doucs, the place has become a

Located in the marble mountains, the Am Phu is a huge cave that is considered to be the recreation of the Buddhist hell. According to legends, here, the sinners suffer punishment after confessing their crimes.

The term “Am Phu” means hell in Vietnamese. It was opened to tourists only after 2006. There are many rock formations that formed naturally, along with stalactites and the altars that were created by the local artists hundreds of years ago.

Read Also: When Was Blinking Invented? Best Answer Of 2022

You just cannot get enough of the food served in the country. The restaurants and the local street food stalls compete all together to serve the tourists the best dishes on the land.

The Vietnamese staple, Pho, is served in all parts of the land. However, Hanoi has earned a reputation that is unparalleled in the case of Pho. It is considered to be the Pho Capital of the country.

Seafood is yet another attraction of the country. With a huge coast that runs for thousands of kilometers, seafood takes the spot. When in the country, make sure you get the taste of every famous dish that Vietnamese cuisine has to offer.

5. The Tomb Of Khai Dinh

Khai Dinh was the emperor of the Nguyen Dynasty. This tomb that is located in Chau Chu Mountain is considered to have one of the most impressive and prominent structures in the world. It was the last structure constructed under the Nguyen Empire.

This is one of the most lavish tombs with a fusion of Vietnamese, Chinese, and European architecture.

There are many gothic elements that are present, starting from dragons who are supposedly guarding the tomb and the statues of several warriors and elephants outside the main structure.

Vietnam is located in eastern Asia. With the unique combination of mountains and seas, the country has a lot to offer to tourists.

Apart from the Golden Hands Bridge, which is one of the most famous spots to visit in the country, there are many other tourist sites.

Some of the famous places that you can travel to are the Monkey Mountains, the Am Phu cave, and the Hang son Doong cave. And when in Vietnam, do not miss to eat the delicious Vietnamese foods that the local street stalls have to offer.