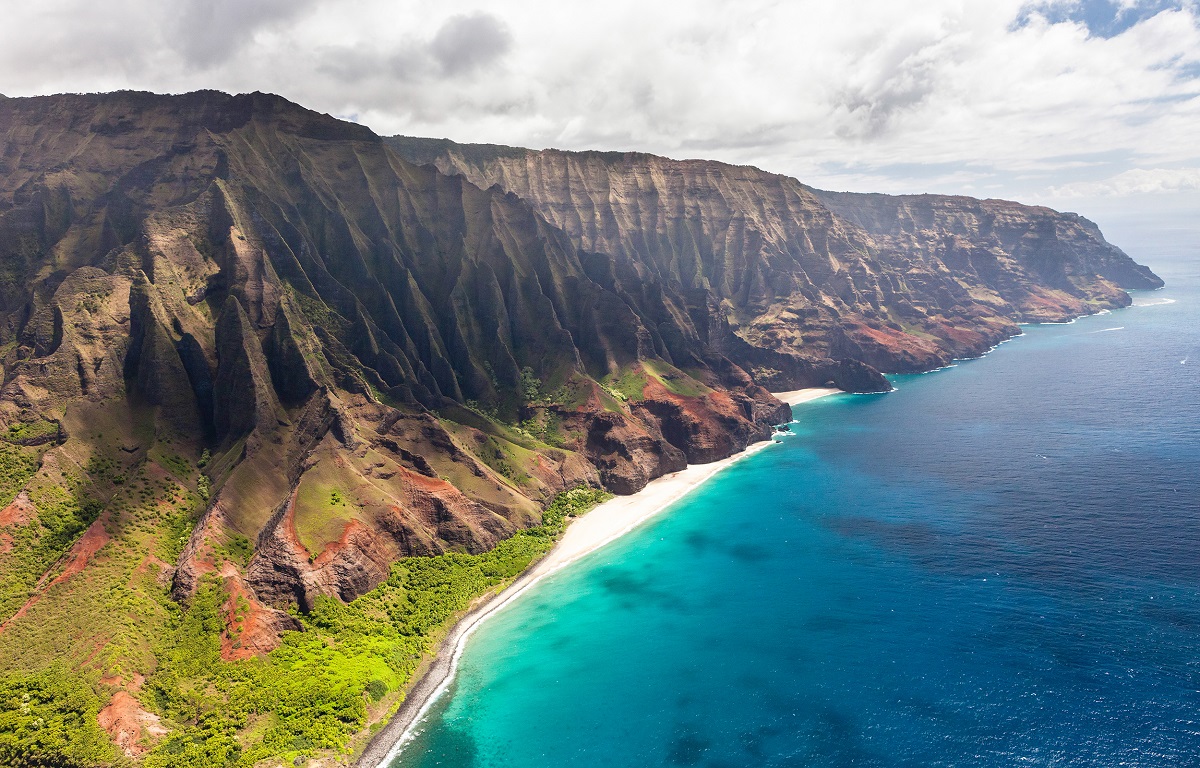 Hawaii is one of the United States that attracts the most tourism due to its great weather and natural beauty. Most Americans have contemplated looking at Honolulu houses for sale on more than one occasion, looking to escape the continent and go to the gorgeous Hawaiian islands. Here are the most iconic places to visit in Hawaii!

What exactly makes Hawaii so beautiful, and what are the islands’ go-to tourist spots? Check-out the four below amazing locations we selected, you will understand why this archipelago is in our best island trip’s top 3 together with Philippines and Maldives. Then I suggest you plan a trip there and explore by yourself :)

When people think of Hawaii their minds immediately drift to crystal blue water and breathtaking landscapes. No place in Hawaii encapsulates this idea better than the Na Pali Coastline. The area has some gorgeous geography, including tumbling waterfalls and rapidly flowing rivers. The area is also rich in Hawaiian history and culture, further adding to the area’s importance. If you’re someone who’s into history or nature, you absolutely have to visit this breathtaking area that is often considered the peak of Hawaiian natural beauty.

Volcanoes have played a major part in Hawaiian history, and they continue to do so. After all, it was volcanoes that created the island in the first place, and today they serve as a major tourist destination. The Hawaii Volcanoes National Park is one of the most visited locations on the islands, and the area is filled with interesting and beautiful sights. Here you can observe natural steam vents, lava fields, and volcano craters. These volcanic sights are unlike anything that you’ve ever seen before, and their raw power is truly awe-inspiring. It’s truly amazing and beautiful to see these awesome volcanoes in person, so it absolutely is a destination that you need to visit if you’re in Hawaii.

Most Americans are obsessed with coffee, and many have at least a cup or two every single day. Thankfully for coffee lovers, Hawaii is known for its coffee farms. Kona has a wide range of coffee farms, each with its own distinct beauty. Many tourists flock to these locations in order to see the sights around them and sample their products. Going through these coffee farms is much like going on a wine tour, as it is filled with various tastings. Kona’s coffee farms combine nature and coffee, and you can’t get much better than that.

One of the saddest days in American history is December 7th, 1941, the day where the Japanese military bombed the U.S naval base at Pearl Harbor. Thousands were killed in the attack, and the very next day the U.S declared war on Japan, sparking America’s entry into World War II. Today a beautiful museum stands at Pearl Harbor, honoring and remembering the lives that were lost during the attack and the years that follow. Although not beautiful in the traditional sense of the word, there is beauty in remembering and honoring those that were lost. Much like the more recent 9/11 Memorial that was constructed in New York City, Pearl Harbor’s historical sites are beautiful reminders of the sacrifices that were made in order to keep our nation’s freedom.