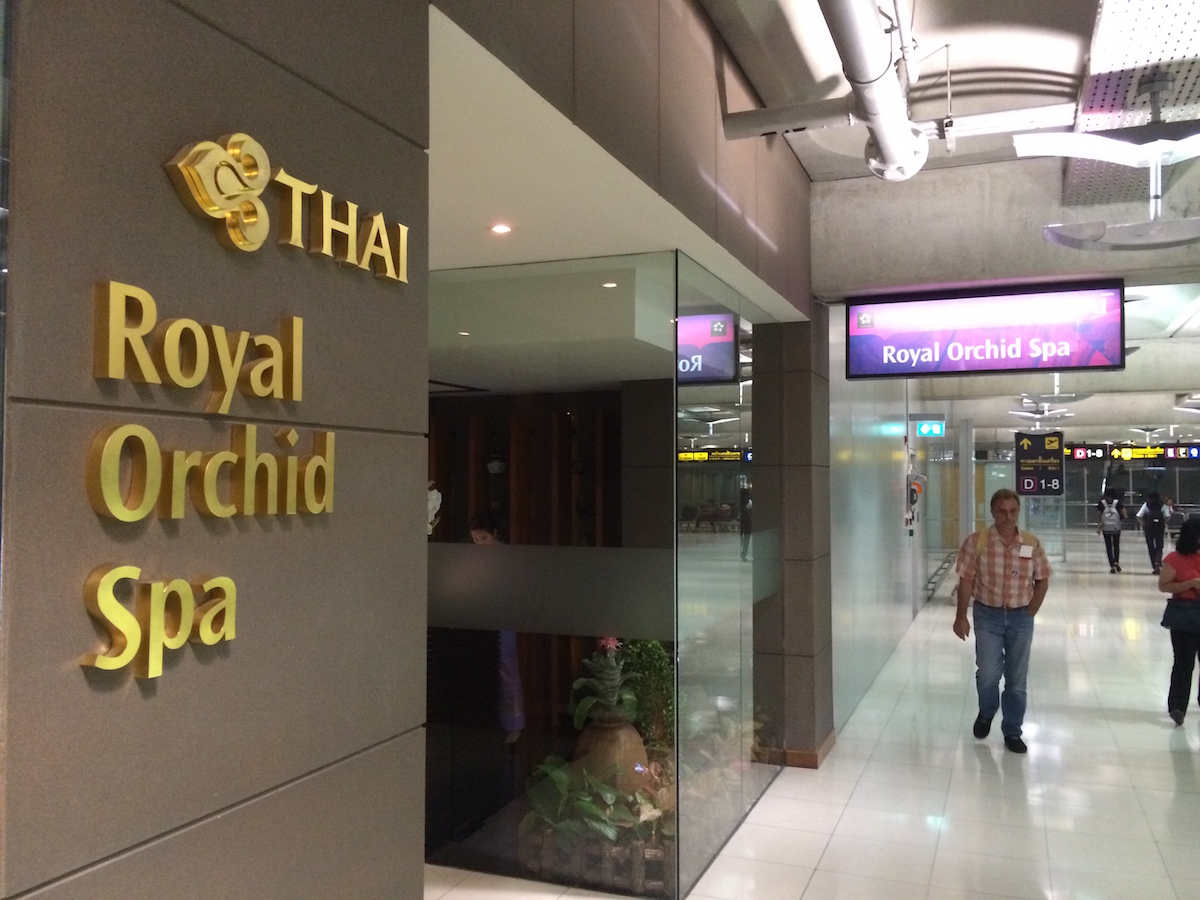 It sometimes hard to not get bored in an airport lounge, waiting a flight or during a stopover. This is absolutely not the case in Bangkok airport thanks to the fantastic Royal Orchid Spa attached to the Thai Airways premium passengers facilities,

The award-winning Thai Airways installations in Bangkok airport are worldwide renowned and we had the chance to experiment them during a 4-hour stopover, after a long-haul flight from Paris. Flying with Thai Airways Royal First Class, we were greeted at landing by a dedicated crew – who was waiting with our name – and have been directly buggy driven to the Royal First Class lounge. And it’s the lounge’s reception team who explained us how the Royal Orchid Spa works: business class passengers are entitled to a complimentary 30-min hand, back or foot massage in a shared room, while first class passengers can enjoy a gorgeous 60-min full body oil massage in private room with jacuzzi and steam shower… Wow! The treatment room itself is very large, open-air with the jacuzzi and very well designed in wood tones. Therapists are Thai – of course – so obviously trained with finest massage skills ; the oil massage we enjoyed was very smooth and relaxing, perfect after/before a long flight. Together with the Royal First Class lounge that we already reviewed in the past, I have to admit this is by far the best worldwide ground pre-flight services I had, ever. Lot of airline companies could learn from this experience and adapt their lounge facilities, especially the most expensive ones!