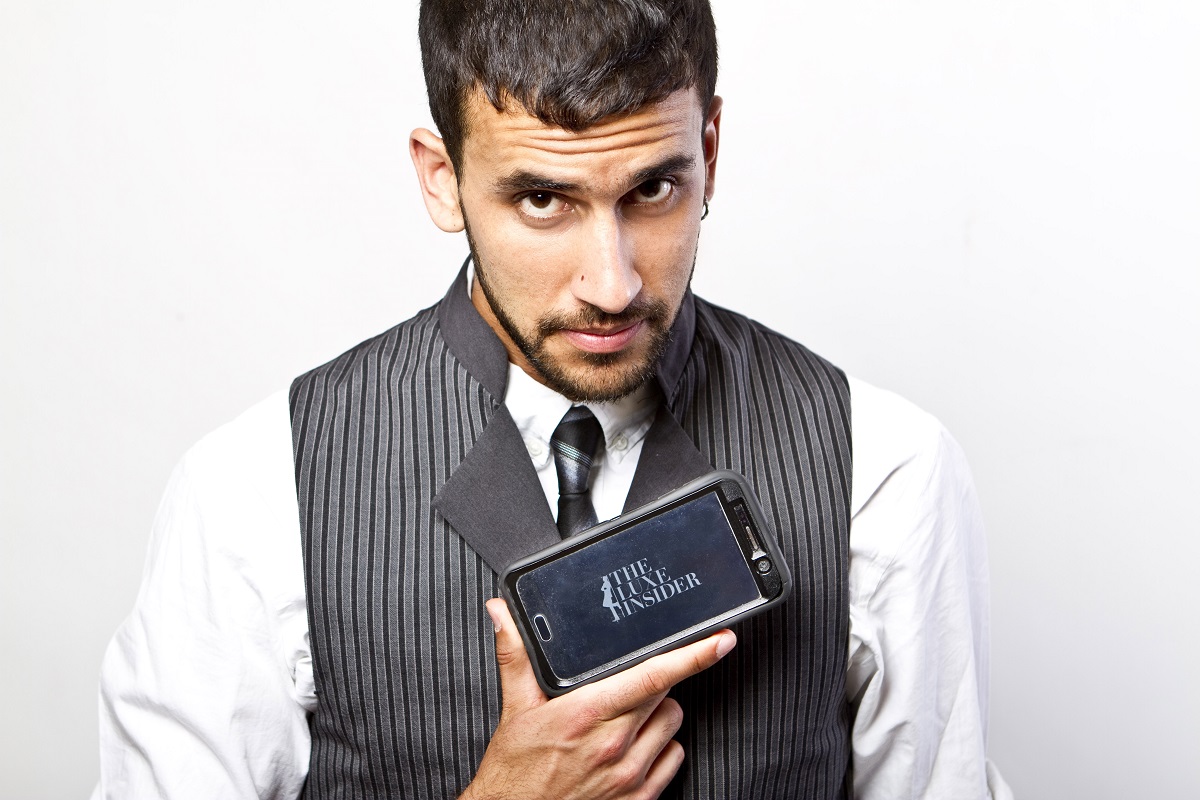 Introducing a new interview series on The Luxe Insider called “A talk with”, we start with the Indian-American actor Naren Weiss – playing a main character role in the upcoming Chinese movie Love is a Broadway Hit – who tells us his lifestyle and his attachment to worldwide travels.

Naren Weiss is an actor, writer and model based out of New York City, known for the upcoming Chinese film Love is a Broadway Hit – alongside Louis Vuitton model Godfrey Gao – and appearances in American television shows Elementary, Law and Order: SVU, The Blacklist: Redemption and others. Francois Le Hecho: Naren, you are half Indian, half American. How do you split your time between those countries?
Naren Weiss: I reside in Brooklyn (New York) and live in the same neighborhood as actress Michelle Williams and playwright/screenwriter David Lindsay-Abaire. I have an apartment in southeastern India as well, in a high rise located on the Bay of Bengal. I typically spend New York winters there.

FLH: What is your favorite indulge hobby in NYC?
NW: Hookah. I own several pieces and recently had one handcrafted in Egypt and sent to me. The paperwork involved in having a narcotic sent overseas (to the U.S. no less) was a nightmare, but I was able to finally get it done. If any of your readers are fans of high-end hookah, I would highly recommend Pergola, in the heart of Chelsea in New York City.

FLH: As a world traveler, I suppose you are used to discovering new places. What was your latest trip? Do you have any travel habits?
NW: My most recent trip was to the Natural Bridge State Resort in Midwestern Kentucky, in the U.S.. I travel to Indianapolis twice a year to buy high-end running shoes (as I’m an athlete and will travel any distance for good gear), and have spent the last couple of years travelling to Brazil, Thailand, Sri Lanka, Vietnam, Alaska and more. I’ve always lived by water and routinely opt for residences/resorts right on waterfronts. FLH: Is there something you always take with you when traveling?
NW: Music, a notebook, and a book.

FLH: What was your latest wow factor during a trip?
NW: I enjoy street food greatly. On my most recent trip to Ho Chi Minh City (Vietnam) I stumbled across a fantastic hole-in-the-wall noodle place. They spoke no English and we spoke no Vietnamese, but we were able to mime our way through an initial conversation and get what we needed. The food was so good, we returned there every day for the remainder of our stay (continuing to mime out our interactions) and had some of the greatest Southeast Asian food I’ve had in recent memory.

FLH: Is there a place you dream for, that you’d like to visit?
NW: Wherever my future wife is from; I’d head there in a heartbeat.

FLH: Great! Now, what’s next?
NW: Beijing, for the premiere of my new film Love is a Broadway Hit. Immediately afterwards, I travel to Los Angeles to begin shooting a new series. FLH: As a conclusion, could you tell us your definition of Luxury?
NW: “Luxury” is a beautiful thing. It’s not status. Nor is it wealth. And it is certainly not inherited. Luxury is a state of being. It’s a choice.

Luxury is class, and what you choose do with it. Choose. Choice. You can be the poorest person in the world and still be luxurious in spirit. You can have nothing to your name but the choice to be the man or woman with the spirit others wish to embody that makes you timeless. It’s that embodiment of class that makes you stand out.

Luxury is a state of being that anybody can inhabit. It’s as simple as that. It’s a way of life that begins with the self. And in this day and age when everything is given to you or assumed to be had, luxury is something that you have to earn on your own, over time. Even on terrible days you can embody ‘luxury,’ simply through choice.

But luxury isn’t taken or received. It’s earned. And those of us that decide to earn it are rewarded for a lifetime. For, once you finally achieve and understand what it is to be luxurious in your own self, no one can ever take that away from you.

Ever. Because luxury’s forever.

“Te Esperaré”: An Exclusive Photoshoot for The Luxe Insider