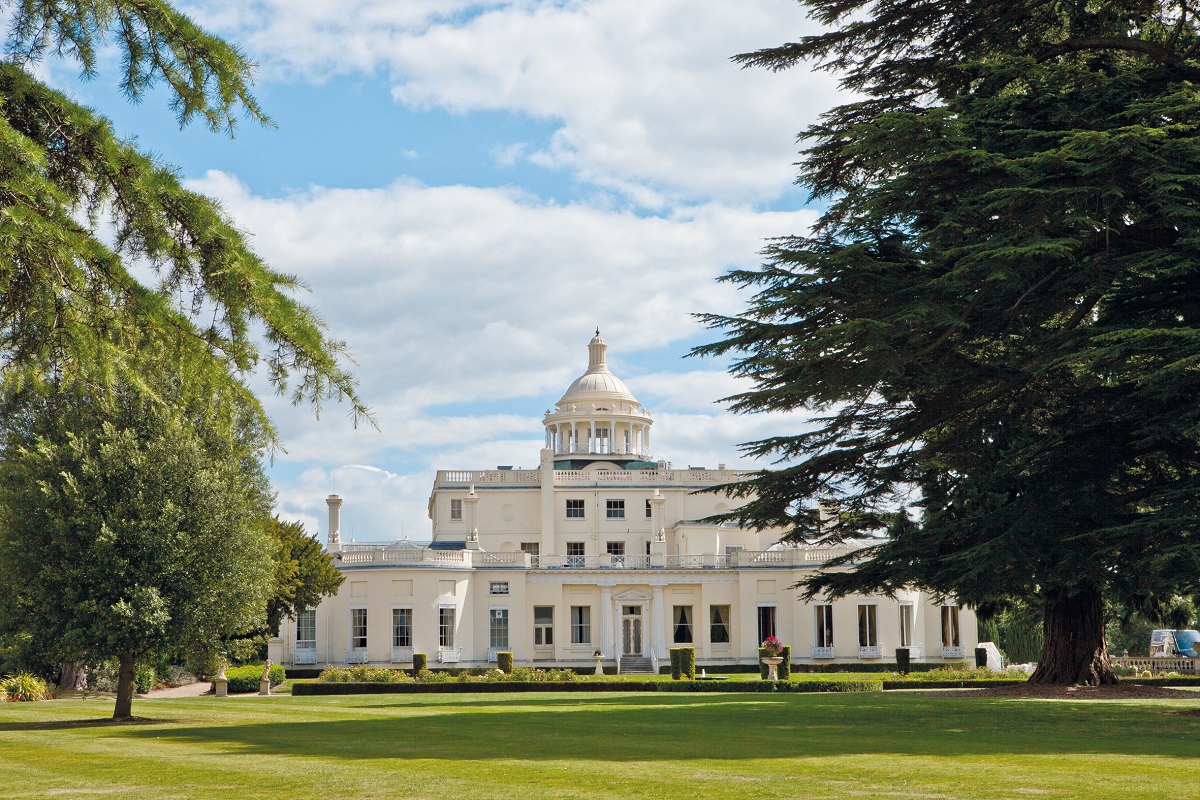 More than a hotel, Stoke Park is a travel destination in itself. This iconic place has been featured in numerous blockbusters and I am sure you didn’t know it. Let’s review a few of them so you may want to book your next weekend stay there! London has a lot of five-star locations, but Stoke Park is really out-of-world.

“Daniel Craig became a member after he filmed one of his movies here,” the concierge tells me as he takes me on a tour of Stoke Park. The 5 Star Hotel, Country Club and Spa is located in Buckinghamshire (UK) just five minutes away from Pinewood Studios, with whom they have a great relationship with.

In connection to Daniel Craig, there have been two James Bond movies filmed here, albeit neither of which are any of his. Goldfinger (1964) and Tomorrow Never Dies (1997) both featured Stoke Park, including that epic duel between Bond and Auric Goldfinger, which is arguably one of the most famous golf scenes in cinematic history.

Stoke Park is home to 49 magnificent rooms and suites; 21 are based in the Mansion and 28 in the Pavilion, all of which hold the 5 AA Red Star rating.

Among the pick of the bunch of these is the Pennsylvania Suite. Featuring a traditional style with vintage antiques and priceless artwork, it also had a cameo in Bridget Jones’s Diary. The famous ‘mini-break’ and rowing scenes from the 2001 hit movie starring Renee Zellwegger, Hugh Grant and Colin Firth were also filmed at Stoke Park, while the Great Hall too made an appearance in the film.

Golf is a pretty big deal at Stoke Park, thanks to its lush 300 acres of parkland estate. As well as appearing in a number of Hollywood blockbusters, it also attracts golfers from all over the world as it’s considered one of the best in the UK.

The hotel and country club also prides itself on its 13 tennis courts, two Padel courts, a 4,000 square foot gymnasium, award-winning spa and five metre tropical aquarium. Fitting really since the film Wimbledon used Stoke Park’s facilities for its scenes in 2004.

In fact you could say that Stoke Park is fit for royalty, which is ironic since the original Manor House once belonged to Queen Elizabeth and in 2019 the hotel was used to film The Crown, starring Oscar-winner Olivia Coleman.

For me personally, the jewel in this crown is the fine dining. Humphry’s has three AA Rosettes to its name and is led by the extremely talented Head Chef, Chris Wheeler.

The dishes served supply the wow factor in presentation as much as they do in taste and texture. The setting overlooking the bridge outside is the shine on this jewel!