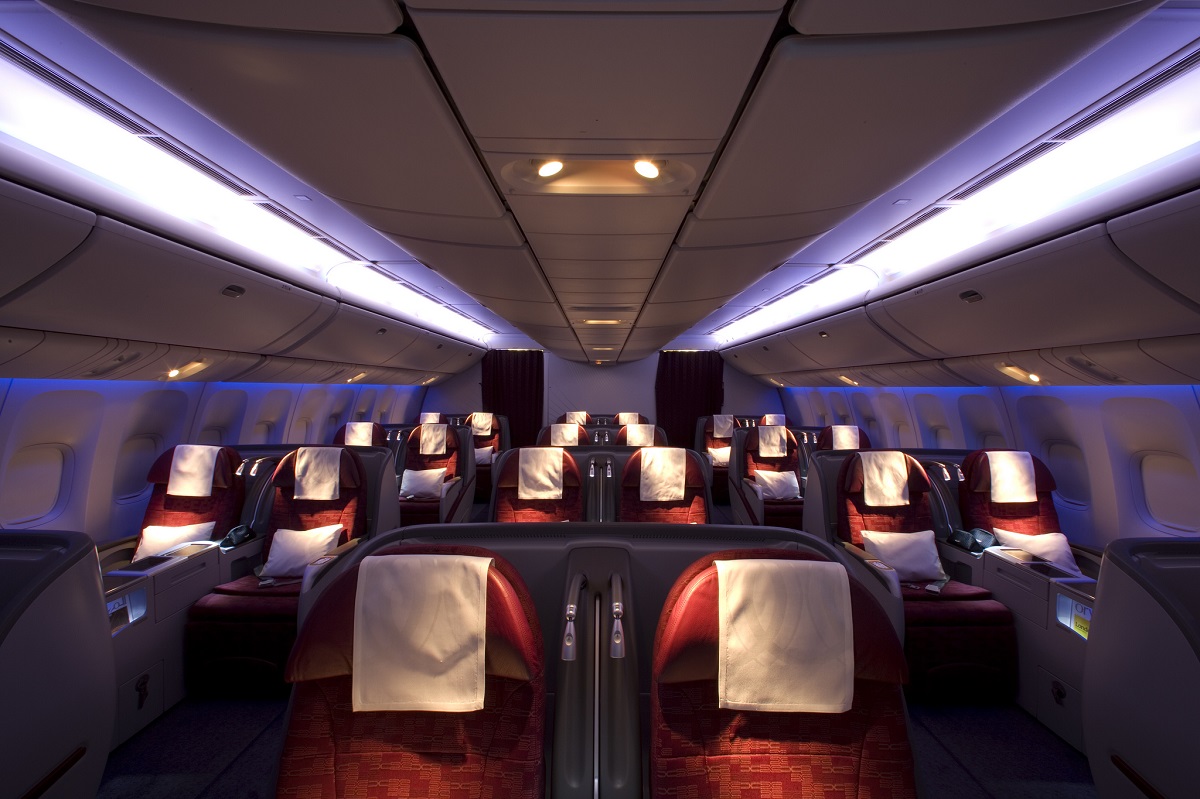 Qatar Airways, the national carrier of the State of Qatar, is a member of the award-winning oneworld global alliance, nominated as World’s Best Airline Alliance 2015 by Skytrax for the third running year.

Among its most recent awards, Qatar Airways won Airline of the Year, Best Business Class Airline Seat and Best Airline in the Middle East at the 2015 Skytrax Awards ceremony ; this is the third time the airline won the accolade of Airline of the Year. I recently had an opportunity to fly Business Class from Bangalore (India) to Orlando via Miami – a Surgeons Annual conference where I received the Achievement award (AAOS) in Orthopaedic Surgery – and I would like to highlight in the next lines my feelings about this amazing sky experience. A long flight though, the Boeing 777-300 on both legs was extremely comfy with flat bed and roomy seats. Qatar Airways business class cabin in B777- 300ER is in a 2-2-2 configuration, with a total of 42 seats. Qatar’s business class seats are fully flat and have great legroom, though aren’t really competitive with some of the more modern products out there, like reverse herringbone seats ; from the wood-like finishes to the nicely done blue lighting around the seat, it really made the product and cabin feel higher end. Then service on both sectors to and from Doha was impeccable with an extremely attentive, charming and thoroughly professional cabin crew. Qatar Airways also gives to premium passengers a night kit – pyjama, slippers, cosmetics, etc. – that you can keep on long haul flights. The 16-hour flight to Miami had an outstanding service throughout, right from start. Kudos to the cabin crew for presenting and plating the food and at the right temperature, I think they true gems! However I have one bad comment regarding my return via Miami, I had requested for a Hindu meal which was a real disappointment: dinner was very ordinary with poor taste… Crew did offer me a alternate one from the menu which I declined ; to be honest I think it’s better to try the standard menu on J class instead of a special meal.

Having switched over from Emirates – as a loyal customer, I suppose! – to Qatar airways, I think I have definitely taken a wise and sensible decision when service matters. I reckon Qatar Airways business class definitely deserves the Five Star status!