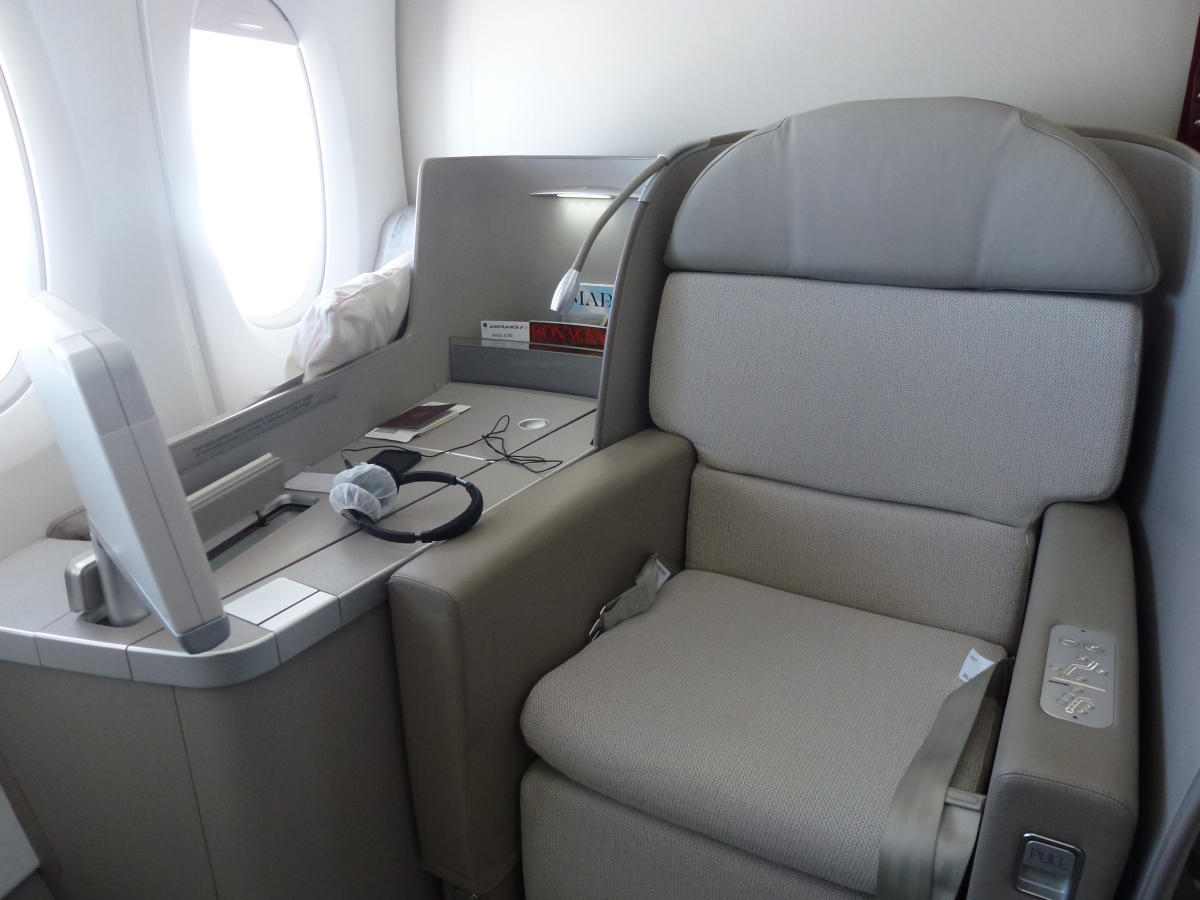 Sometimes you don’t know what to do with your miles ; some complimentary Economy flights in Europe ? a round-trip Business flight between Paris and New York ? No, with Air France it definitely doesn’t worth it… In my view Air France miles are good only for complimentary A380 First Class tickets – maybe B777 too – or upgrades from Business to First.

That’s exactly what I did for that flight in April 2013 where I spend 120.000 miles for an upgrade from Business to La Première in an A380 plane between Tokyo and Paris. Of course this cabin class on that aircraft represents the Air France flagship in term of luxury and service quality. Indeed, I was very pleasantly surprised because last time I traveled in that cabin from Hong-Kong it didn’t deserve it so much !

Unfortunately, Tokyo doesn’t have same Air France first class lounge than Hong-Kong ; it is very tiny and adjacent to the business lounge, it makes it a bit cheapy. However I appreciated a lot to be supported everywhere in the airport since I checked-in as first class passenger at the entrance. A hostess guided me to a no-queue line through the security filter, the duty-free center and before everyone at the boarding time. On arrival at Paris you find the same service, even until the selection of a taxi !

The cabin itself is far larger than the one I had in a B777-300ER aircraft ; nine great seats at the lower floor occupied only by four of us, a free-standing bar close to the stairs (which brings you to upper floor and business class seats) and a dressing room with leather seat to put your pajama. All of these dedicated only for La Première passengers, with strictly forbidden access to others ; what a VIP feeling :)

Upon a steward confession, current A380 first class seats are transition seats waiting for definitive in early 2014. These future seats will still be “open-air” but will provide some exclusive option to compete with “mini-suite” cabins that you can find on many other companies.

By the way seat was good with lot of space and compartments to put wallet, briefcase, laptop and so on. It is also currently the only cabin offering full flat seats that can be turned into a true bed thanks to a special mattress placed over by steward ; just like at home !

In-flight entertainement was quite good but shame on Air France for giving so small tv-screen even on their premium class… One-way rate is around 7.000 euros and you can expected more than a 20cm wide screen, in my view. 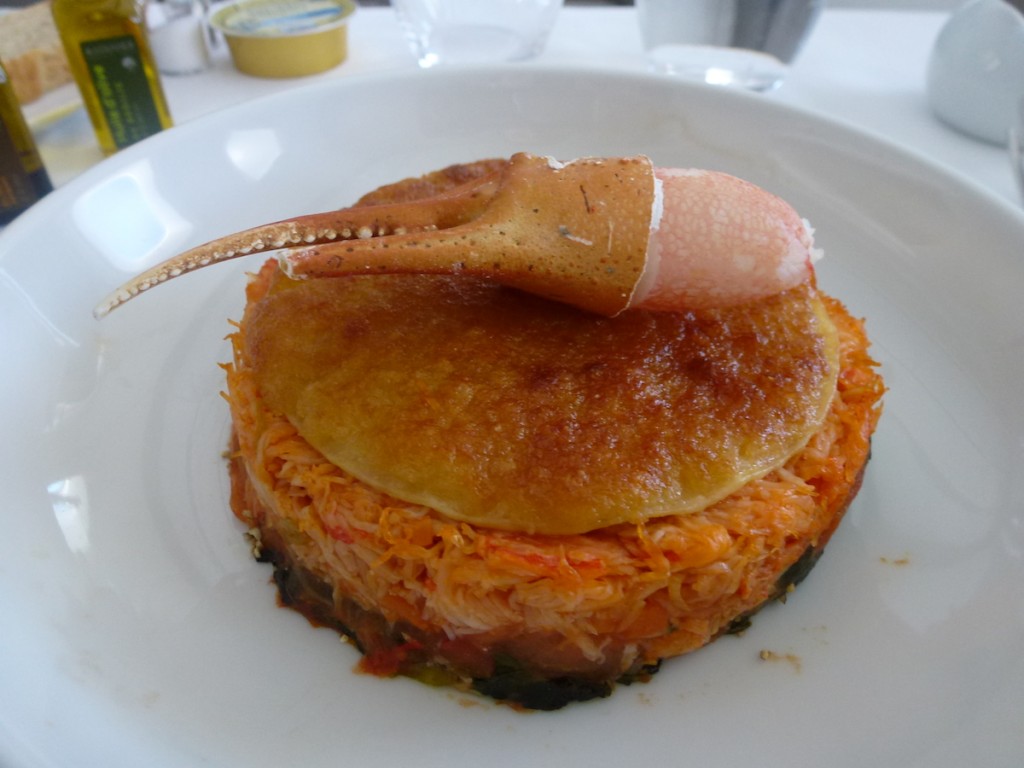 Even if we were not flying from Paris, catering was outstanding and very unexpected. I ate an unforgettable crab lasagne that I could easily find in a Michelin awarded restaurant ! On A380 First Class you can also find premium french wines and Hédiard selection of tea ; for sure this is good but not competitive at all with middle-east or asian companies.